…seeing what could be.

The Anderson windows arrived on time: the third week of October, after a 3 week lead time. During the past two weeks: installed.  They were the perfect fit for this replacement project.  Basically…a new double pane window was inserted inside the frame of the old single pane window. 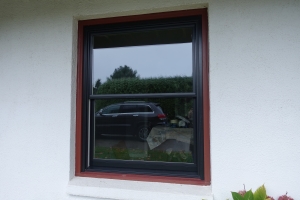 The windows were installed from the inside, not disturbing the stucco and integrity of the exterior trim. No wood rot was found in the original frames during set up for the replacements. These windows for 50 years were protected in two ways.  The building is concrete block so the windows were inset into a concrete frame opening.  In addition there was a protective 4′ overhang.  Minimal trim had to be removed for the install and one small piece of trim added, to hide the caulked gap between old and new on the inside.

I chose double hung, black vinyl with upper and lower snap-in grilles.  I had never used “snap-in’s” because of the lack of authenticity.  Over the past 10 years this concept has improved significantly so I chose to go this direction for two reasons:  the ability to snap out the grilles for easy cleaning and the double hung window has an exterior screen. The screen shadows the way light filters into the window: creating an acceptable visual of true divided-light.

The grilles are painted  black on one side (outside) and white on the other.
So this weekend, I decided to install the grilles and screens to validate the decision to go this direction.     WHOOP’s……things did not go as planned. 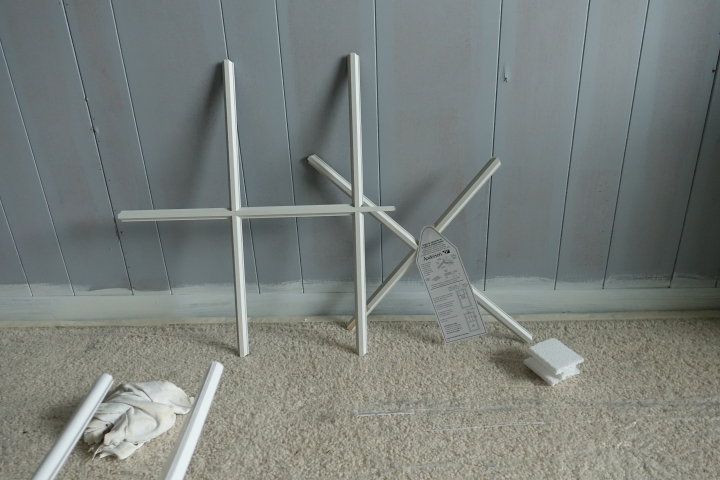 I think I need a lesson…maybe they don’t “just” snap in.

This site uses Akismet to reduce spam. Learn how your comment data is processed.

I am a creative spirit, an old soul and an instigator. My introverted tendencies instigate me to actively seek and explore outside of my comfort zone. It defines me... My favorite joy's are twofold: to create something from nothing....and to look at what is...seeing what could be. I call it creative instigation.

My Ghost in Me

My Ghost in Me

…the best for last…